Summer is the time of the year that you’ll see the bright yellow flowers of partridge pea blooming along the side of the road or along streams and ditches. They will continue to flower from late summer to early fall.

This little plant packs a mighty punch when it comes to benefiting wildlife.

Partridge pea (Chamaecrista fasciculata) is a host plant for the caterpillars of several butterflies, including the Little Sulphur, Sleepy orange, Cloudless Sulphur, and Grey Hairstreak butterflies.

Small mammals, mallards, songbirds, and quail eat the seeds produced in tiny little pods resembling pea pods. Deer will eat the leaves – usually in the fall. In large quantities, the leaves may be toxic for livestock.

This plant even helps out other plants by adding nutrients to the soil.

Partridge pea is a legume and forms a symbiotic relationship with bacteria that grow in nodules on the plant’s roots. Through this relationship, the plant obtains usable nitrogen, and the bacteria get energy and other nutrients.

While the plant is alive, some nitrogen might leak into the soil. After the plant dies and decomposes, the nitrogen is added back to the ground, becoming available for other plants.

This Plant Moves When Touched

The tiny little leaflets of the plant resemble those of a mimosa tree – in miniature. They have a funny reaction to being touched – they will close up a bit! It’s something you must see to believe – a plant that moves!!

Although the reason the plant somewhat closes its leaves in response to being touched is unclear, one hypothesis is that it is a defense against being eaten. It makes sense to me!

How to Grow Partridge Pea

Partridge pea is an annual plant that readily reseeds itself and will regrow the following year. It does best on disturbed soil where it has little competition. As other plants invade the space, they will outcompete partridge pea plants.

It will grow in full sun and part shade, but when grown in the hot, humid southeastern states, it seems to do best in about 30% shade.

This plant can grow on a wide range of soils, from clay, and sandy soil, to loamy soil that is dry and well drained. If it is native to your area, you can probably grow it well on the soil you have in your garden.

It will grow up to 3 feet tall but may fall over and appear to trail when it gets very tall. 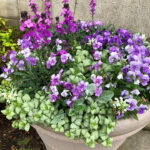 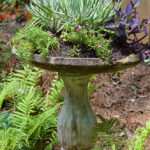 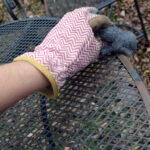 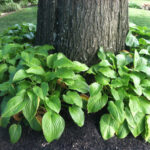